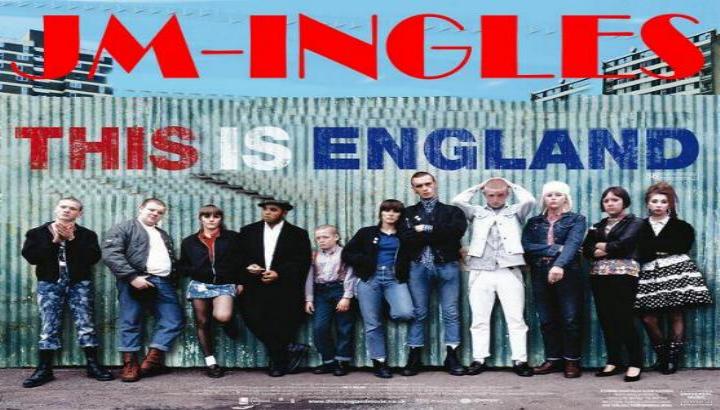 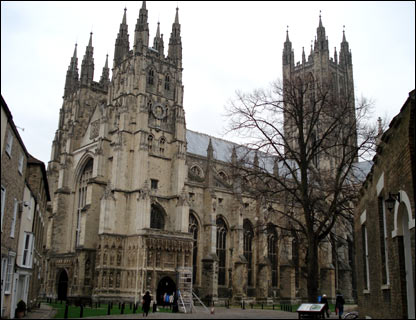 Canterbury is a town in Kent with a population of about 120.000. It is the religious capital of England because its cathedral is the seat of the Archbishop of Canterbury who is head of the Church of England. From the 12th to the 15th centuries, it was a place of pilgrimage. Thousands of people came to pray to the shrine of a former Archbishop of Canterbury who was murdered in the Cathedral in 1170. His name was Thomas becket.

Murder in the Cathedral

During the 12th century, King Henry II decided that Church had too much power. In 1162, he made Thomas Becket Archbishop of Canterbury, thinking that his friend would help him to weaken the position of the Church. Although the King himself liked Thomas, he was not popular with other powerful men in England. They were jealous of his friendship with the King, and they also disliked him because he was not a nobleman. As Thomas was not even a priest, many people were angry that he had been made Archbishop.
The king was amazed when Thomas began to defend the position of the Church against the King. After a while, Thomas had to leave England because relations between him and the King had become very bad, and
Thomas was afraid that he might be killed. He lived in exile for five years until the King asked him to come back. The people, the other bishops and the Pope were causing the King problems because they all wanted Thomas to continue as Archbishop of Canterbury.
When Thomas returned, 1170, he brought authorization from the Pope to excommunicate the priest and nobleman who had acted against him. The King was furious when he learned this −soon afterwards, four of Henry's knights entered Canterbury Cathedral and murdered the Archbishop on the steps of the altar.
Three years later in 1173, Becket was made saint, and his tomb became the destination of thousands of pilgrims for three centuries. It was said that miracles happened there, and many sick people went there in the
hope of finding a cure.
In the 16th century, when King Henry VIII separated from the Roman Catholic Church and established the Church of England, he said that Becket was no longer a saint, and his tomb was destroyed.


IN YOUR OWN WORDS AND BASED ON THE IDEAS FROM THE TEXT, ANSWER THE FOLLOWING QUESTINS ( 4 POINTS)

1- Why was T. Becket's tomb destroyed?
2- Who remained loyal to T. Becket when he came back to England?
3- Why didn't his enemies accept T.Becket?
4- Why did King Henry II make T. Becket Archbishop of Canterbury?

ARE THE FOLLOWINGS STAMENT TRUE OR FALSE? SAY WHY.
TAKE EVIDENCE, EVEN QUOTING, FROM THE TEXT TO SUPPORT YOUR ANSWER, NO MARKS ARE GIVEN FOR ONLY TRUE OR FALSE. (2 POINTS).

5- King Henry II was very pleased when T. Becket returned to England.
6- T. Becket was a famous priest before being made Archbishop.

VOCABULARY, FIND WORDS IN THE TEXT THAT HAVE A SIMILAR MEANING ( 1 POINT).
7- Grave
8- Unlawful killed
9- A place of worship and prayer.
10- To diminish power.

WRITE A COMPOSITION, CHOOSE ONE OF THE TWO TOPICS

b) If you want, write something about a famous European cathedral you know well

1- Because King Henry VIII said that Becket wasn't a saint anymore.
2- The people of England, the bishops and Pope supported Thomas when he came back to England.
3- Because he wasn't a nobleman and wasn't even a priest.
4- Henry II made his friend archbishop because he wanted him to control the Church and to weaken its power.

5- FALSE: The King was furious when he learned this
6- FALSE: As Thomas was not even a priest, many people were angry that he had been made Archbishop.